Tweet
Share
Pin207
Share15
222 Shares
Ah, rewards. I was so nervous about this when I first started teaching with VIP Kid. Like, you want me to create a reward system for them? By myself? Me? I had no clue what to do!

It’s not as intimidating as it seems, though! And over time I’ve created some ideas that I really like.

Here are my favorite, easy peasy lemon squeezy reward systems for VIP Kid teachers. And these reward systems are great for any online English teacher, really! They make excellent additions to your online classroom.

Adapt your reward system based on age, level, and student preference.

I always use a reward with a student the first time I have them. If they’re an older student and really don’t seem to care about it, I’ll usually just do away with a reward system altogether next time I have them. I went to a workshop for VIP Kid Level 4 students and the leader said that he does this, so I started doing it, too! I think the parents would rather me just extend with the lesson, and so would I honestly (think about when you were 13 or 14! Wouldn’t you have been annoyed, too, if you were given a stupid paper ice cream scoop?). If they’re older but seem to really enjoy getting a reward, then of course, I’ll continue to do so!

I really like to use rewards that can teach the kids something, in addition to me learning more about them, too!

I try to relate rewards to the lesson when I can, but sometimes I just don’t! As long as the students are happy and learning, so am I.

Keep in mind I don’t teach Level 1. I use these reward systems for Level 2-4.

Since I’m a digital nomad and move around a lot, all these rewards are quite small and double as props, too! You can use them in regular lessons, too.

Pssst: If you want to teach and travel, too, you can read about how I became a digital nomad!

Here’s a list of the reward systems that I use:

I thought this was worth mentioning – I cut out a gold star about the size of my hand. This has been so helpful in teaching the word “star” to trials and younger students.

I usually start with the basketball, then do soccer (and most students call it “football” so I show them what we call “football” in America), badminton, and last put the goggles on my face. This always entertains the younger students and gets a chuckle from the older students. It’s also fun to teach them the word “goggles” as most of them don’t know it yet!

For younger students I keep it simple and just say each sport’s name. For older students, I’ll ask if they like it, how often they play, who they play with, etc. depending on how much time I have to extend.

Older students typically enjoy this one! Most younger students don’t understand the concept of “money” so I don’t usually use this reward with them.

I introduce it by holding up the American flag and explain that it’s American money. Then I give them dollars throughout class, and at the end, 5 dollars! Some of them get really excited about the 5 dollars, so I’d suggest including a bigger bill like this if you can.

At the end of class, I’ll usually ask them to count their money and ask what they might buy with it. If they don’t know “buy” I try to explain it, or I just ask, “What do you want?” Then explain they can use the money to get it.

You can honestly do this with any country’s money. I always start with the American Dollar reward, and if they seem really excited about it, I’ll introduce a new money system in another class with them. I’ve used British pounds, Euros, Bulgarian Lev, and Thai Baht!

I love my animal puppets! I usually only do this with younger students, or with older students if it relates to the lesson. I pretty much just hold up each puppet and ask if they know the name.

If not, I tell them the animal and show the corresponding flashcard. These animal puppets didn’t come with matching flashcards, but the deck of animal cards I bought just happened to have them!

If they do know the name, I’ll extend by asking if they like it, the colors, or what it might do (for example, rabbits and frogs hop/jump).

I can usually separate this reward out into two classes, so I’ll use half the animals one class, and the other half the next!

I also like to ask if they like eating that fruit, and then at the end of class, ask what their favorite is.

These animal flashcards are super useful because you can pretty much adapt them to any lesson. It’s fun to teach students the names of different animals, too. I usually do about 5-6 cards per class.

My only gripe is that they don’t have a shark card. I feel like sharks are such a common animal, so I really don’t know why it’s not in there haha.

At the end of class, I’ll usually just ask the student about their favorite animal, and if they’re advanced enough, will ask why.

I love this one either during the birthday lesson (actually I think there might be a few lessons about birthdays?) orrrr if the student’s birthday is approaching.

At the end of class I’ll even light the candle and sing the “Happy Birthday” song depending on the age and rapport I have with the student.

This is great for any lesson involving travel. You can draw a suitcase, tape it to the wall, and add tape to the back of the clothing items. Then, you can stick each into the suitcase as the lesson progresses!

I like to let the student choose the item if they’re older/more advanced (I’ll ask, “Do you want to add shorts or a dress to your suitcase?).

If they’re younger, I usually just choose for them and either teach them the name of the clothing article, or ask if they remember if we’re learning it during the lesson.

There are some lessons involving travel, so this is a good reward to use with them. It’s especially fun for students who seem really interested in seeing other places!

I printed all of these pictures out from the internet and laminated them. I don’t have a laminating machine, but my old workplace did 😉

Some students seem to really enjoy telling me different things to draw. Your whiteboard is your best friend for this one!

I have fun with it, too, and try to make them laugh. Just go with it so you’re both having fun!

Sometimes I’ll show students images or gifs relating to the lesson, or just something fun, like people dancing. Or, if I know they’re interested in a certain topic, like transformers or Hello Kitty, I’ll show them images of that.

My older students LOVE Tic Tac Toe. I used to draw it on my whiteboard and have a student make a move throughout the class, but now I just use the last blank slide and draw it there and play a few games in the middle of class, and again at the end. Much easier! 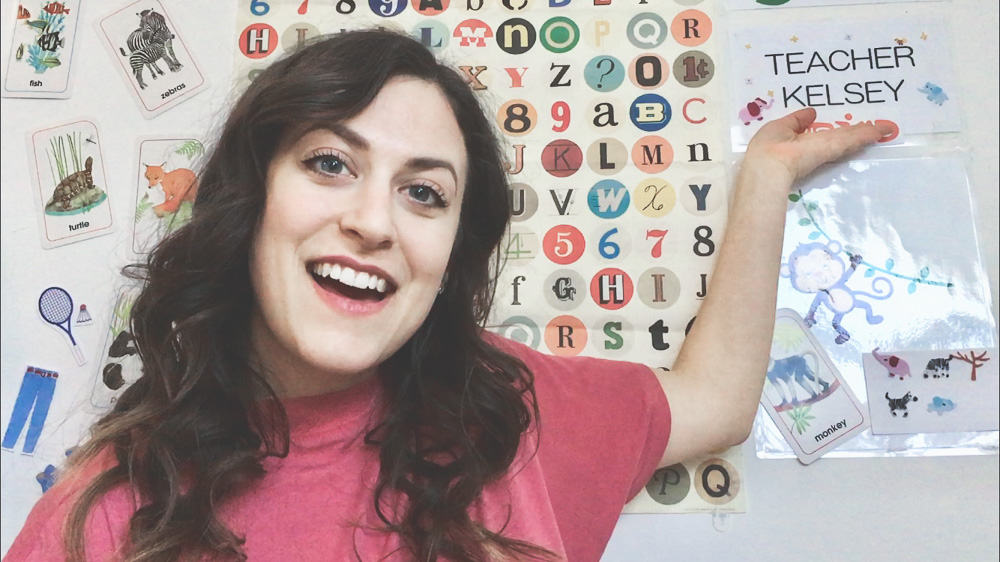 If you don’t want to make your own, you can always check out See Nic Wander’s Teach & Wander Shop. She sells really beautiful printable rewards!

You can also try using Google Slides – I haven’t tried it myself, but people seem to love it! It’s an online database with a ton of different digital rewards that you can show your student from your phone. 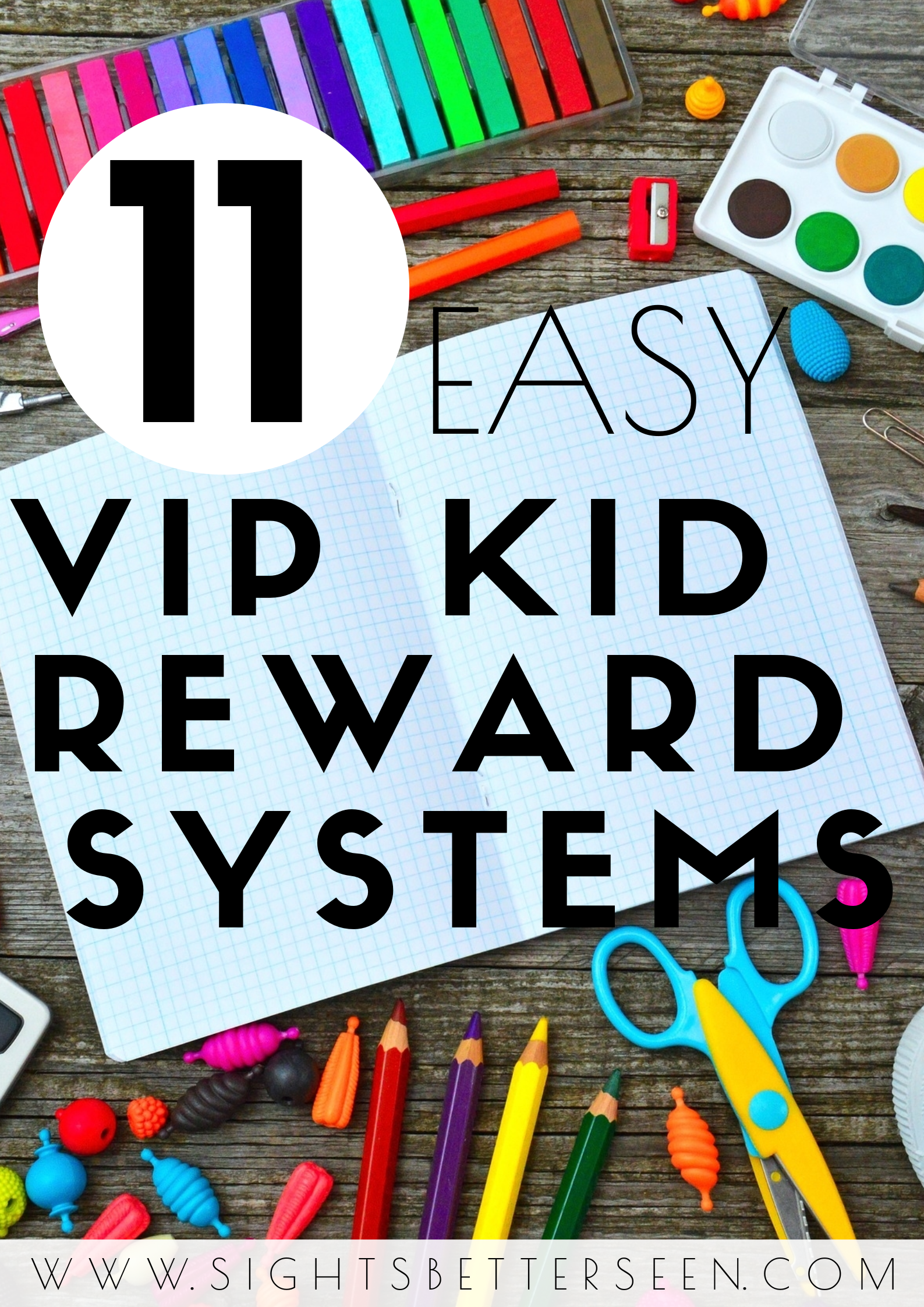 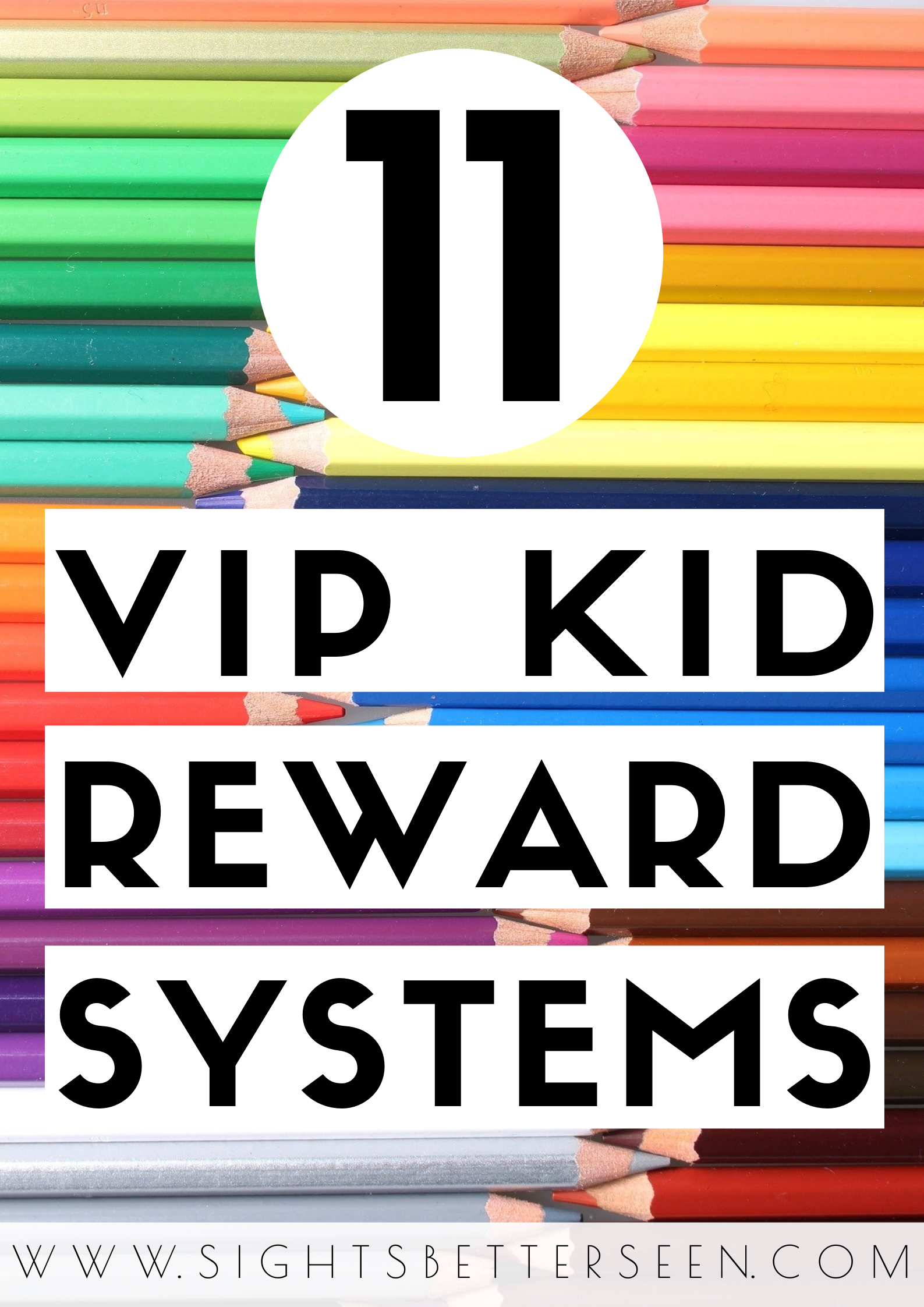 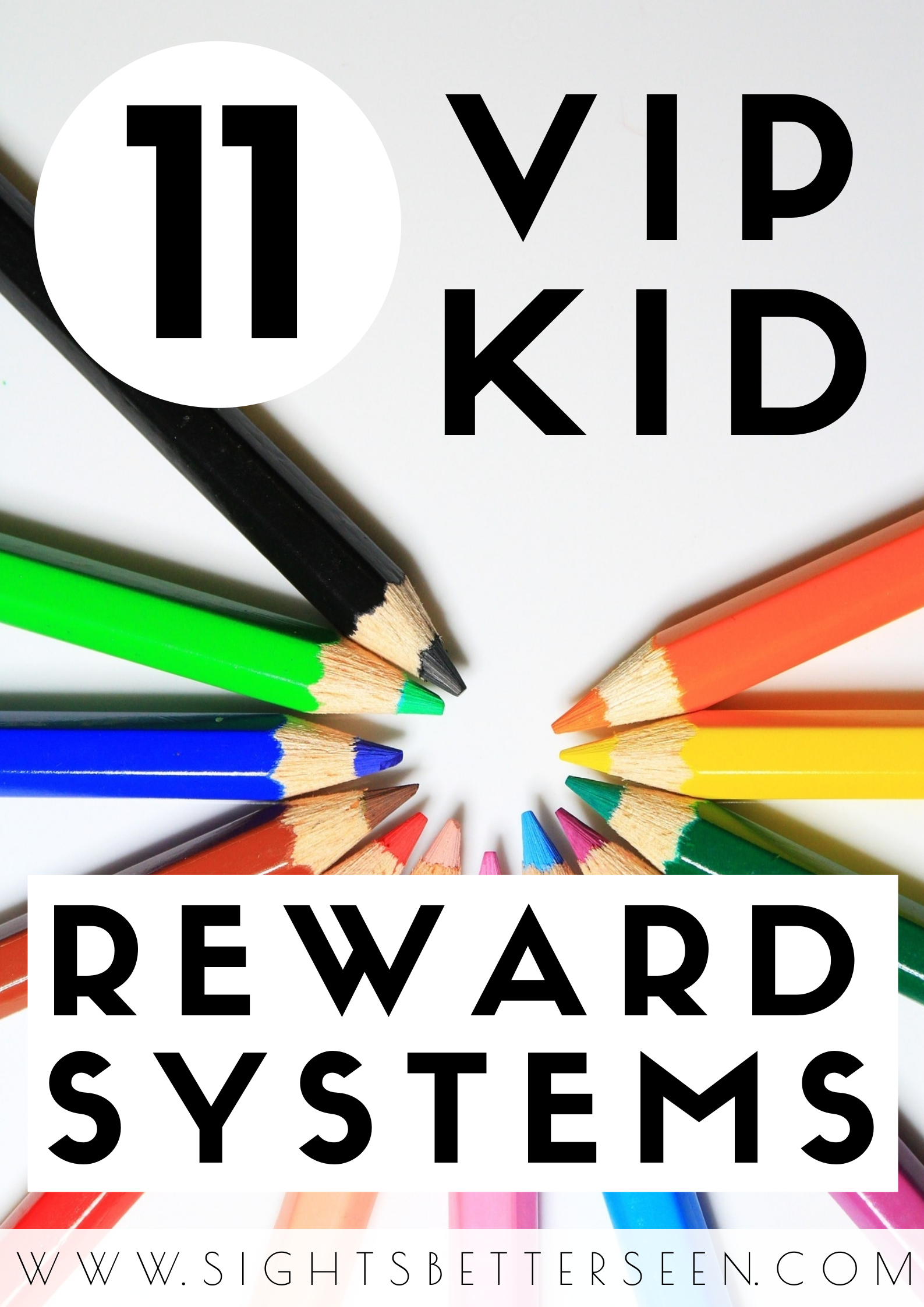 My Second Year as a Digital Nomad: Reflections from 2020 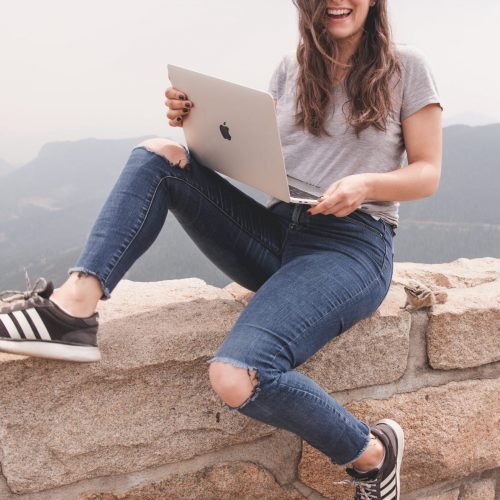 What I Love & Hate About Being a Pinterest Manager 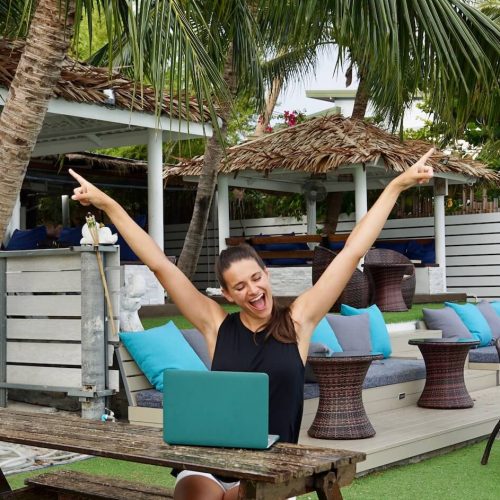 Welcome to my (very exciting) corner of the internet! I left California in 2019 to house sit around the world and explore different ways of making money online.

Sights Better Seen is a participant in the Amazon Services LLC Associates Program, an affiliate advertising program designed to provide a means for sites to earn advertising fees by advertising and linking to Amazon.com.

This website uses cookies to improve your experience while you navigate through the website. Out of these, the cookies that are categorized as necessary are stored on your browser as they are essential for the working of basic functionalities of the website. We also use third-party cookies that help us analyze and understand how you use this website. These cookies will be stored in your browser only with your consent. You also have the option to opt-out of these cookies. But opting out of some of these cookies may affect your browsing experience.
Necessary Always Enabled
Necessary cookies are absolutely essential for the website to function properly. This category only includes cookies that ensures basic functionalities and security features of the website. These cookies do not store any personal information.
Non-necessary
Any cookies that may not be particularly necessary for the website to function and is used specifically to collect user personal data via analytics, ads, other embedded contents are termed as non-necessary cookies. It is mandatory to procure user consent prior to running these cookies on your website.
SAVE & ACCEPT